Today’s Walk with my Camera

I took a little walk with my camera today.  Here are just a few of the things I saw. 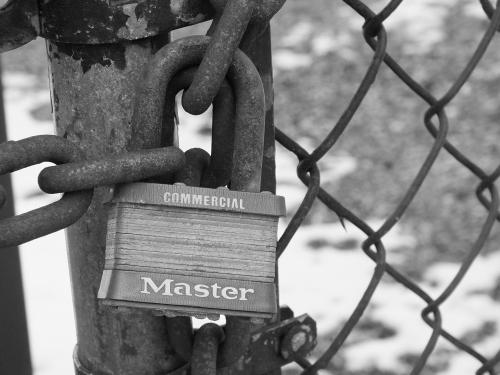 Within walking distance from the United Center. I know this because I walked it today.

La Luce Italian Restaurant on lake street, right next to the Brown Line Tracks. The trains just add to the ambiance.

As soon as I saw the word “depth” I instantly thought in photographic terms.  And why not, this is a photo challenge.  I then remembered this picture. 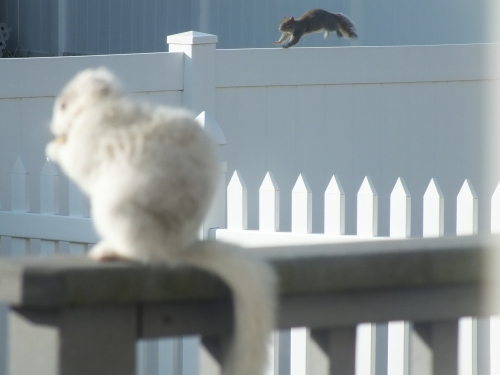 I have a little time today to explore Depth of Field.  I hope to have more to post later.

I am still a bit old school. Put your money on the bar and buy your drink. 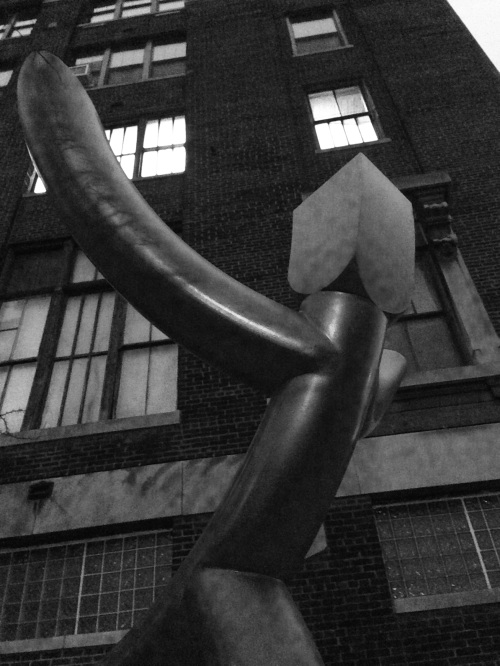 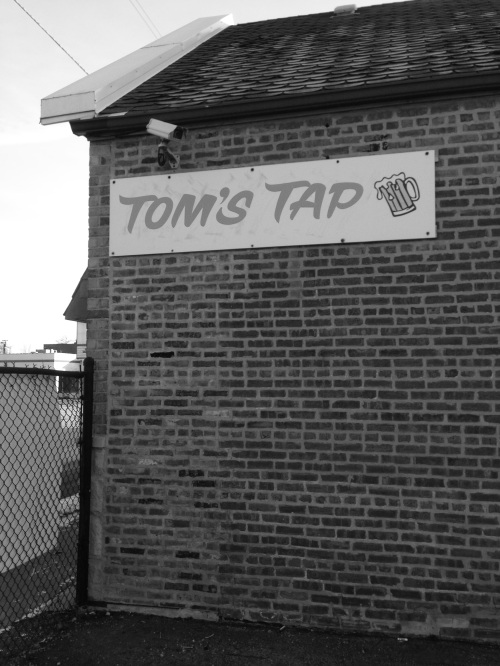 I love a good dive bar, but what would it take to get me to stop and check one out during my morning commute? You would have to slap my name on it.

It was not open for business, and from the front there is almost no indication that this is a bar at all. The sign for Tom’s Tap is on the side of the building, facing a small parking lot leading to an alley. This would probably be why I never noticed it before.

In a city the size of Chicago, very often you will come across a wall where some young artist has decided to express themselves.

But sometimes where and when you find this self expression can be a little off setting. 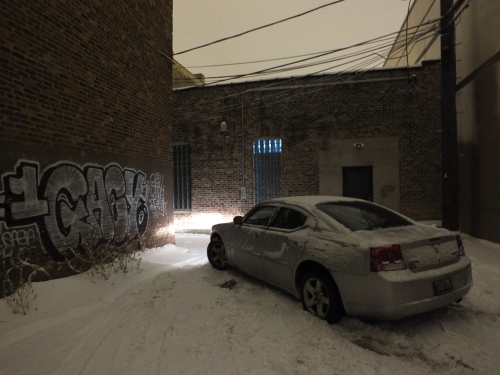 I may have expressed myself verbally while trying to get my car out of this situation.

For more photos on the theme Express Yourself, please visit:

I have not been a fan of other 5 Rabbit beers, but this one was a winner.

Still 22 and Counting – No Tacos Today

After the flu, a stressful week, and a mini polar vortex, Tom and I decided we needed a night out – nothing extraordinary – just maybe the next stop on the Taco Trek.

Casa de Samuel in Little Village. I sent him the link, thinking he would be excited because they have some very strange items on their menu – including rattlesnake. I can’t even believe I recommended it because I have an unhealthy fear of snakes, and I knew he would want to eat it and then I would have to kiss him later. It all makes for a good adventure.

Alas, it was not to be had. We were both pretty hangry and decided to go a little closer to home: The Duck Inn. 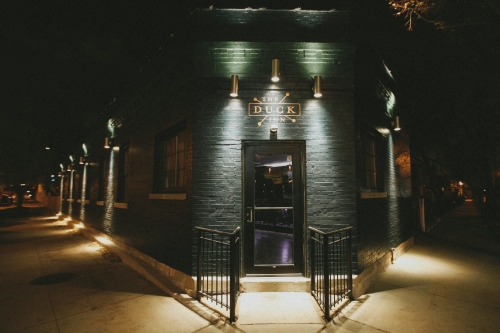 I read about this place in the paper. Having drank beer in the Bridgeport area since before I was old enough to drive, I’m ever stunned at the amount of hidden gems in that part of town. I am always amazed to discover there’s more to Bridgeport than Shinnick’s and Shallers.

The Duck Inn is located in this strange little corridor between Bridgeport and Pilsen, two of our favorite neighborhoods. Just south of the Chicago River on Eleanor and Loomis, I believe at one time it may have been someone’s house converted into a glossy dive (read hipster old-school chic).  The menu online looked promising and I was pretty excited.

Most of the hipster dives seem to have used the same decorator: a mixture of glassware from the 60s and 70s, and Ikea treated to look like it’s old school rec room. This place is no exception. Sean, the barman, (not to be confused with the thousands of old Seans in Ireland keeping bar and pouring perfect Guinness pints) mixed me a wonderful Sloer Ginier Fizz. It’s like a Sprite Milkshake served in a gold leaf glass. It was one of the few things I have ever sipped slowly, in order to savor each delicious mouthful.

After looking at the menu, we decided to share some small plates: the foie gras, the tamale, and the rice cakes with kimchi sauce.

One minor confession: although I love Mexican food to the point of obesity, I do not and have never liked tamales. The texture of masa isn’t my favorite, and in all honesty, I’m not a huge fan of breaded meat. I find it gummy. Like every other server before her, our waitress promised me their tamales would be a game changer and their mole on top is the best.

Eh. The drinks were good, the forbidden foie gras (high cholesterol) was yummy, but if you like foie gras, they all tend to be yummy. The tamale was a tamale. The rice cakes with kimchi were the most interesting dish we had. The rice cakes are almost bao-like in that there are a spongy, steamed dough. The kimchi was super tangy, but almost a little too strong. We ended there with an order of the classiest cheese curds I have ever eaten.

Subsequent reviews concurred and we made the decision to return at a later date and eat an actual entrée.  The reviews agree that the small plates aren’t great, but the entrees are.

***Author’s Note: The decision to give them another try was reinforced when we opened the mail today to receive a personal thank you note from the bartender with two $10 gift cards.  That has never, ever happened before.  We will be back. 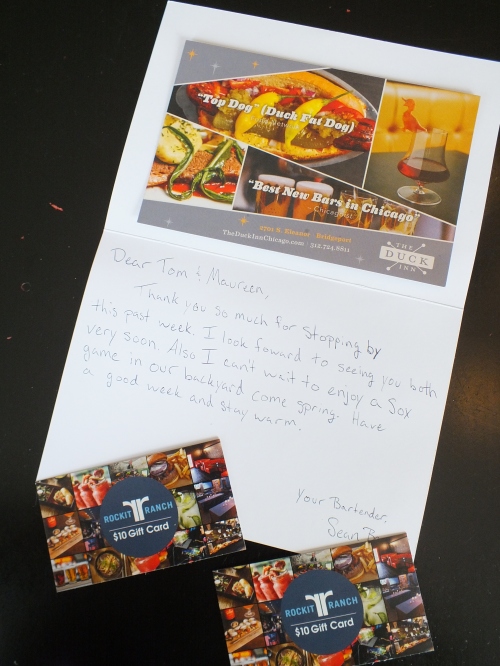 After The Duck Inn, we decided to stop at Maria’s Community Bar, which is maybe a 5 minute drive.  We also like this area of Bridgeport.  It turns out, so do a lot of hipsters half our age.  The ones that weren’t drinking at the Duck Inn were in Maria’s, taking advantage of the 400+ beer list.  We grabbed beers and a table when it wasn’t terribly crowded and that’s when it happened: the invasion of the entitled 20-somethings next to us.  Seven people sat at a table made for four, and I think they thought they were going to edge us out.  Nice try.  I’ve been at this a lot longer.  One blocked me from exiting the table, and by the end of my beer, the other one was practically sitting in my lap.

As for the girl sitting in the space between the two tables, I told Tom to wait, she would definitely play with her hair over our table, and our beers.  Wait for it…it took about 6 minutes.  As she kept knocking into our table while she played with her hair, I moved the decorative candles underneath her hair.  I think her friend caught me.  I don’t care.  This was reminiscent of the standoff in Fried Green Tomatoes.

[Evelyn is cut off in a parking lot]
Evelyn Couch: Hey! I was waiting for that spot!
Girl #1: Face it, lady, we’re younger and faster!
[Evelyn rear-ends the other car six times]
Girl #1: What are you *doing*?
Girl #2: Are you *crazy*?
Evelyn Couch: Face it, girls, I’m older and I have more insurance.

So then I started to play the game. I went to the bathroom 4 times, making the little darling move each time. I got up and ordered another round, instead of letting Tom do it, because he was sitting on the outside. This would be the point at which I asked Tom if he had any gas, because this would be the perfect time to release it. Shockingly, for the first time ever, the answer was no. And the wise old bar owl finally won. They got annoyed and left. Score one for the old people!

We enjoyed one more celebratory beer and left.

Part of these adventures are fact-finding missions. Tom and I plan to move in three years, definitely back to the city. We’re looking for a neighborhood that we like, that we can afford, and that hasn’t been Pottery Barned to hell.
Don’t get me wrong, I like Pottery Barn, when it’s been mixed with some vintage and some classics. We long thought that Bridgeport might be the one, but now I’m not so sure. I don’t think it’s a good idea for me to be around people I try to light on fire. I thought I left all of that behind me at Marquette. 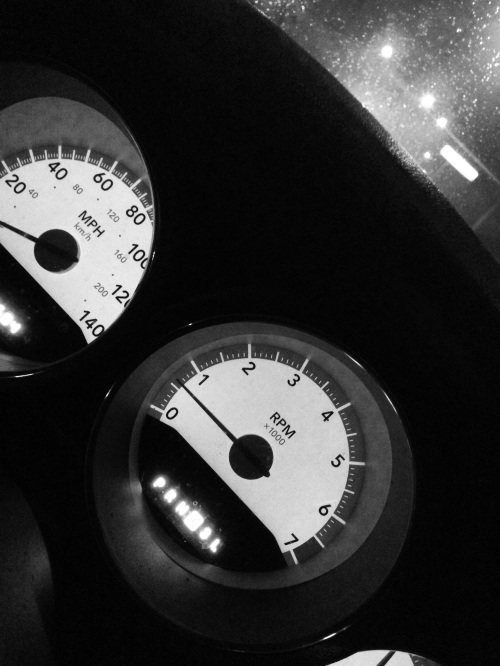 Only the first one of 2015. I was check to see if my lovely wife had called. I am not sure why the camera was on.