Thanks for the Day

Again this year, there has been an outcry over retail stores opening early on Thanksgiving Day.  Maybe it is just me, but I don’t get the outrage.

I am very lucky to I work in a industry that does not require me to go into the office on Thanksgiving or Christmas or New Years Eve, but I do work in an industry that very often requires me to work Labor Day, Memorial Day, and the Fourth of July.  In recent years, I have worked Easter, Mother’s Day, and even Rosh Hashana.  That is because the job I have requires me to work these days from time to time.

I have had jobs in the past that required me to work Thanksgiving.  I used to manage a movie theater in Geneva, Illinois.  That theater, like most movie houses, was open 365 days a year.  On Thanksgiving, we were closed during the day, but then open for the evening.  It was the opposite on Christmas Eve.  We would show the matinee performances, but then close for the night.  And did you ever notice how many movies open up on Christmas night each year?  Well, someone has to be there to start the projector and sell the popcorn.  And surprisingly, a good number of people head out to the movies on Thanksgiving.  They would most often complain that they needed to get away from their family.  They had enough.

Every year, those of us who enjoy sports, watch football on Thanksgiving Day.  It is almost as much of a tradition as the turkey or arguing over politics with family members you only see a couple times a year.  Now, I will give a pass to the players having to “work” the holiday, they make a shitload of money and I have no sympathy for their hourly holiday rate.  But within the stadium there are ticket sellers, ushers, concessions sales people, and security personnel, all working on Thanksgiving Day.  Where is the boycott against the NFL for making their people work Thanksgiving?

Gas stations are open on Thanksgiving.  And many grocery stores will be open during the morning hours so that we can run out and grab those extra canisters of crescent rolls we forgot on the big shopping trip the night before.  Many restaurants will be open for breakfast, and I am pretty sure Dunkin Donuts makes quite a good haul on Thanksgiving morning, since people who are cooking a giant bird will need a quick and easy item to stuff their faces with in the morning.

By 1939, Thanksgiving had already been hijacked by retailers.  The Macy’s Thanksgiving Day Parade was already an annual tradition.  It began in 1924 as a way to kick off the holiday buying season.  And it was this pressure from retailers that prompted Franklin Delano Roosevelt to push Thanksgiving back one week because there were five Thursdays in November that year.  Roosevelt’s eventual plan was to push the holiday even further back and make it the third Thursday each November.  A battle over the holiday ensued over the next few years, and then a compromise in December of 1941 set the national date for Thanksgiving as the fourth Thursday in November.

So you see, for most of us who will be celebrating this year,  Thanksgiving has really been more about the economy than about family time.  As someone who has work on Thanksgiving, I understand the idea that people don’t want to work on a holiday, but I also know that there are many people who will be looking forward to the ability to make a little extra money by working those extra hours.  Back in my movie theater days, I never had a problem finding volunteers to work the shifts on Thanksgiving or Christmas Day.  Don’t assume that everyone who is working on Thanksgiving this year is upset.  Those seem to be the stories that are being reported, but that is because an interview with the guy who is happy to work the holiday is just not that exciting.

As much as we would like to think differently, holidays are big business.  And judging by the paper this morning, they will continue to be big business.  I almost couldn’t find the news lost inside all of the ad papers.

If the public really wanted to keep Thanksgiving just about family, they would not be lining up for these sales.  This is what we wanted.  And the retailers are more than happy to give it to us.

The complex layers of basalt columns found at The Giant’s Causeway in Northern Ireland. 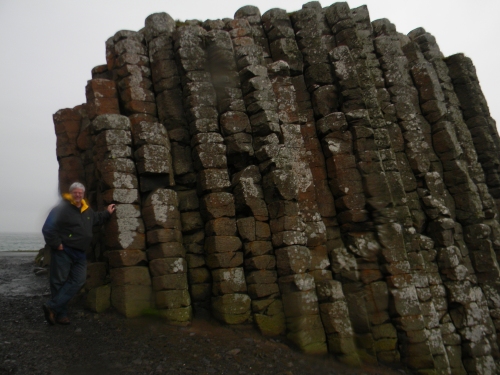 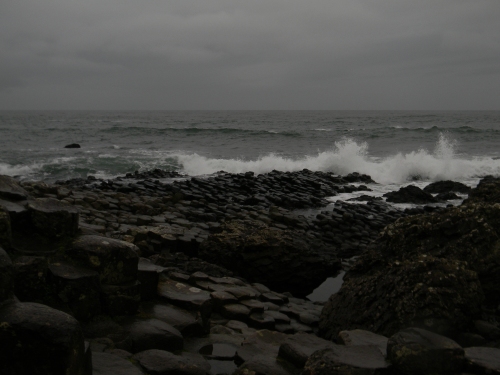 Why do you hate me?

Does my kind of love offend you?

Sure, my food choice is different from most.  Some would even say it is depraved or unnatural.  But all I am looking for is to be treated as an equal in the fast food world.  I just want my love of a frozen pork patty sandwich to be looked upon as equal to that of any frozen beef product sandwich.  In reality, is my frozen pork really any different from all those frozen hamburgers?  I understand that there are those who will oppose my choice in fast food love based on religious convictions, but I am not asking them to eat the sandwich.  I just want them to recognize that I have the same rights as they do to enjoy the sandwich I love, in the manner in which I love.

In what way I’m I hurting you?

My sandwich does not, in any way, diminish the purity or quality of your sandwich.  I am not looking to eliminate your sandwich because I believe my sandwich is somehow superior.  In fact, the addition of my sandwich will actually help boost sales in the market place, adding much needed revenue to our still slumping economy.

Isn’t it really about just treating all people the same?

Years from now, I envision a world were we will look back on this little chapter in history, and feel ashamed that we treated those who enjoyed a processed pork patty sandwich covered in a tangy BBQ sauce with such disdain.  Posting naked pictures of the frozen patty all over the internet for everyone to gawk at, shunning it as a disgusting and disturbing thing.  Making people feel that they are somehow immoral or perverted because their tainted love of this type of sandwich constitutes some sort of deviant behavior.

Enough with the McRib Hate

Isn’t there enough hate in the world?

Can we please just leave the McRib alone?

Years ago it was the rumor that the McRib was actually kangaroo meat.  Then there was that story a couple years ago about the McRib containing the same chemical composition as most common yoga mats.  And now this year there is this:

This is a cooked McRib patty slathered in sauce, placed between a bun with onions and pickles:

If the intent of the frozen McRib picture was to deter people from eating a McRib sandwich, it certainly didn’t work.  This particular McRib sandwich found a new home in my stomach.

Just so there is no confusion, here is what the inside of a McRib looks like, and yes, it does have a look similar to a yoga mat.  But since I have never eaten a BBQ Sauce coated yoga mat, I have no idea if the similarity stops at looks.

McRib haters be warned.  There is nothing you can say or show me that will cause me to abandon my yearly ingestion of this scrumptious little sandwich. 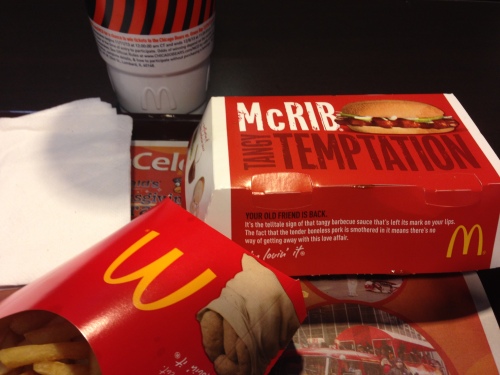 The McRib is Back!!!

We All Fall Down

A few weeks ago, Maureen and I took a nice long walk into the woods.  It was actually a little deeper into the woods than we expected, and we did struggle a little getting back out.

But we took some great pictures.

I have been meaning to post these for some time. 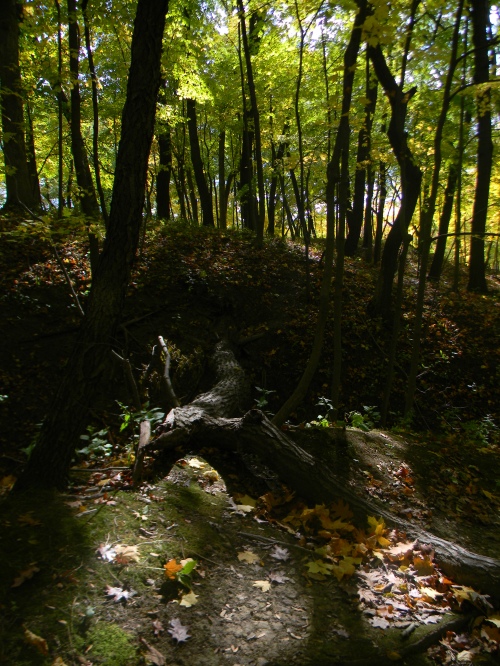 It was another adventure. 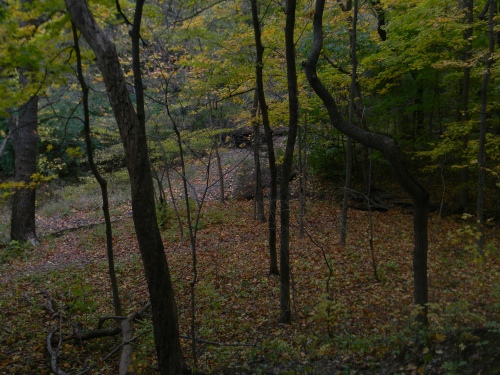 And a great walk.

It is Sunday morning, so that means my wife and I get up, sit at the table, read the paper, and indulge in our habit.

Oh sure, we drink it almost every day, but Sunday Morning coffee has developed into quite a routine.  Reading the paper, talking about the news, and then planning out our day.  We even have a habit of using the same mugs each Sunday.

Not all habits need to be bad, right?